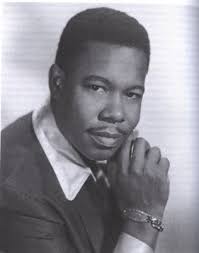 Eddie Floyd was born in June 25, 1935 in Montgomery, Alabama. Floyd grew up in Detroit, where his uncle Robert West founded the Lupine and Flick labels, two early rivals to Berry Gordy's early Motown empire. It is there that he co-founded  the Falcons, initially a racially integrated group, in 1955.  It was West that arranged the Falcon's record contract with Mercury Records where they recorded without success until a 1957 personnel change that resulted in a new lead singer Joe Stubbs. The Falcons had a Top Twenty Pop hit with "Your So Fine" in 1959.

Following a few less successful singles, Stubbs left and was replaced by Wilson Pickett. This group of Falcons recorded "I Found a Love, backed by another Lupine group the Primettes that would become the Supremes. After some successes in the Falcons disbanded in 1963. Eddie Floyd then worked with Al Bell, who directed a small production company in Safice, Washington.  When Bell left to go to Stax Records Floyd went to work with him in Memphis in 1965.

Working as a songwriter and producer (in particular for Carla Thomas ("Comfort Me"), and William Bell), Floyd co-wrote with Steve Cropper and recorded " Knock One Wood " in 1965. The song, come out into 1966 and was a resounding success (#28), winning an R&B Award.

Floyd recorded for Stax and managed to put twelve songs in the Top 100 between 1966 to 1970. The most successful of these were "Knock On Wood," 1968's "I've Never Found a Girl (To Love Me Like You Do)," a cover of Sam Cooke's "Bring It On Home To Me" (#17) and "California Girl in 1970. More than any of his other accomplishments, many people today associate Eddie with his 1966 hit recording "Knock On Wood," a song that was originally intended for Otis Redding.

Eddie also wrote songs for his bandmate from the Falcons, Wilson Pickett, after the latter had moved to the Atlantic Records. Pickett had a big hit with a song that Eddie had co-written, "634-5789 (Soulsville, USA)," in 1966. Floyd continued to write songs in the 70's, some of which became hits on the R&B charts.

Floyd wrote many hits for many artists, in particular for Wilson Pickett: (" Ninety-Nine and has Half " and " 634-5789 ", with Steve Cropper) and for Otis Redding (" Don't Mess with Cupid "). He had several hits in the Seventies, with songs like " Raise Your Hand "  into 67, " Big Bird " (in homage at Otis Redding after he had died) in 68, "Bring It One Home" and " I've Never Found has Girl " into 72 (Co-written with Booker T Jones), always at Stax, where he remain until Stax folded in 1975. Some of his songs become true standards, like " Knock One Wood "which was interpreted by artists as different as Otis Redding, David Bowie, James Taylor or Ella Fitzgerald.

Floyd remained very active appearing with the Blues Brothers Band and occasionally touring the U.S. and Europe as part of the Stax Revue, but the financially failing Stax label  took Floyd's career down with it. In 1977 Floyd recorded a disco record Experience for Malaco, but he couldn't compete with the new generation of disco singers. In 1989 he reunited with several Stax/Atlantic artists for President Bush's inaugural ball. The next month he joined Steve Cropper as a special guest on the Blues Brothers Band world tour. Floyd continues to perform around the world.

Floyd's own mid-'60s output included "Raise Your Hand," which utilized the same Booker T. & the MGs-powered thrust as "Knock on Wood," and "Big Bird," written partially in shocked response to the tragic death of Redding. Floyd remained loyal to Stax right up to its bitter demise, his engaging vocals resulting in major hits with the gentle "I've Never Found a Girl" and a lively remake of Sam Cooke's "Bring It on Home to Me."

Whenever Floyd re-teams with his old Stax pals -- guitarist Steve Cropper, bassist Duck Dunn, and sometimes Booker T. Jones on organ -- the long-ago Memphis magic instantly returns. With Floyd happily leading the throngs through "Raise Your Hand" and "Knock on Wood," it's 1966 all over again.