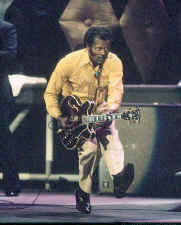 Berry excelled on the stage, especially after his signature "duck walk"was introduced into his act in New York in 1956. Berry says he perfected his famous duck walk to hide the wrinkles in a rayon suit at a1956 performance in New York, "It got an ovation," he recalls, "so I did it again and again."

With nearly twenty chart hits between 1957 and 1960, Berry became famous for his examination of the adolescent experience, particularly on "Rock 'n' Roll Music", "School Day" and "Sweet Little Sixteen". He even made several big-screen appearances - "Rock Rock Rock", "Mr. Rock'n'Roll" (both 1957) and "Go Johnny Go" (1959), while his live concert show was captured on film in "Jazz On A Summer's Day" (1960) 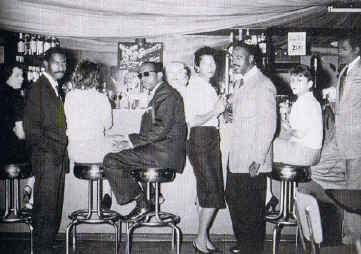 With the money from all this success, he purchased some 30 acres of land in Wentzville MO (about 30 miles west of St. Louis) in April 1957, and 11 months later, he opened Club Bandstand. The Club was located at 814 North Grand Avenue between Delmar and Enright; in the 1910's and 1920's, this was St. Louis' Theater District, home to the Princess Theater, the St. Louis Theater and the segregated Fox. The area was also a bastion of white professional culture. Not only did fraternal organizations such as the Masons and the Scottish Rite build their temples there, but the area was home to a number of doctor and dentist offices and the gradually expanding St. Louis University. The appearance of a racially integrated nightclub owned by a successful black entertainer in such an area must have been a red flag to the local authorities, and it wasn't long before the St. Louis police had their chance to close it down, engendering the scandal that very nearly put an end to Berry's career.

In December 1959 following an appearance in El Paso, Berry and his band visited nearby Juarez, Mexico. There he invited a fourteen year old Apache waitress Janice Escalanti from Yuma, Arizona,  to work as a hat check girl at his nightclub Berry's Club Bandstand in St. Louis. According to Berry, when he refused her advances she left in a fit of anger.  On December 21 Escalanti arrest on a prostitution charge at a local hotel. This incident would lead to Berry being charged with violation of the Mann Act.. This federal statue forbid the transporting a minor across state lines for the purpose of prostitution. Berry was convicted to five years in prison and fined $5,000. An appeal was made based on racial comments made by the presiding judge and a new trial began in October, 1961. Most of the original verdict was upheld and Berry received three years at the Indiana Federal Prison and fined $10,000. Two months later he was transferred to Leavenworth Federal Prison in Kansas. He completed his sentence at the Federal Medical Center in Springfield, Missouri and was released on his birthday October 18, 1963. Chuck Berry was never the same again. He felt he had been hounded by the press and betrayed by the both sides of the legal professional.

Upon has release he resumed recording and touring. From February, 1964 to March 1965, Chess released six singles, all of which made the top 100. "Nadine", "No Particular Place To Go", "You Never Can Tell', and "Promised Land", were all written in the Federal Medical Center in Springfield, MO, and rank among the very best songs in the Berry catalog. Sadly, the last of these singles, "Dear Dad", was to be Berry's last chart success for seven years, heralding another decline in his career. 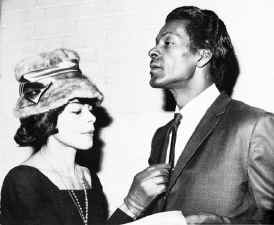 In 1964 Berry toured Great Britain for the first time and recorded an album with guitar great Bo Diddley, Two Great Guitars. He also opened the amusement park Berry Park, near Wentzville, Missouri in the early sixties.

Berry left Chess in 1966 for Mercury Records. His Mercury albums, including Live at the Fillmore, recorded with the Steve Miller Blues Band failed to sell, and 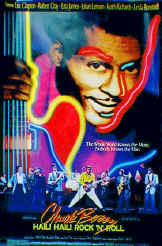 he returned to Chess in 1970. The Chess albums Back Home, San Francisco Dues and Bio are considered among his finest.

In the late sixties and early seventies Berry was a fixture at "Rock Revival" shows. It was at one of these shows that unknown to him "My Ding-A-Ling"was recorded. It's ironic that this silly, smutty sing along would be Berry's only number one record. Originally recorded under the title "My Tambourine" on the 1968 Mercury album From St. Louis to Frisco, it became Berry's best-selling single ever in July of 1972.  The song was wholly owned by Berry's publishing company, Isalee, providing him the kind of financial reward that far better works never did.

Chuck Berry appeared in the 1973 film Let the Good Times Roll, compiled from Richard Nader's rock 'n' roll revival shows, and in 1978 film American Hot Wax, a fictional week in the life of rock 'n' roll, with disc jockey Alan Freed as its central character. Berry also toured regularly and appeared on numerous television shows during the 70s. He reemerged with a new round of touring and his first album of new material in years, Rock It. 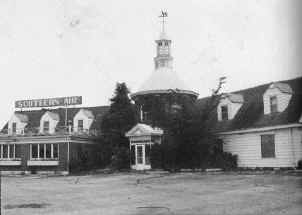 Since the release of Rock It, Berry's career has been marked by even more controversy. A four month jail term in 1979 for tax evasion, and a lengthy round of litigation in the early 1990's by a number of women who accused Berry of videotaping them as they went to the bathroom at Berry Park and Berry's Wentzville restaurant, The Southern Air, coupled with numerous erratic live performances, have added fuel to Berry's reputation of being difficult and unpredictable.

Berry's contribution to rock and roll is enormous and still being felt, as his 1986 induction to the Rock and Roll Hall of Fame and 1987 release his totally self-written autobiography and the following year Hail! Hail! Rock ' n' Roll have proved. 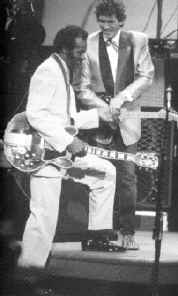 Unfortunately, Berry didn't think that his records had any longevity, and he treated them like perishable products. It was only a matter of time before he dropped

his band (allegedly because of excessive drinking) and started playing with local pick up bands. His standard procedure was to have the local promoter make all the arrangements, with different players in every town to avoid the expense of travelling with a steady band. More often then not, he would show up at a club or concert hall minutes before show time, get paid, then meet the band if time allowed. If not he go out on stage, tune his guitar and then tell the band to watch his leg for clues. The shows were usually disappointing to his fans, and he has since developed a reputation for being more concerned with saving a buck or two then pleasing his audience

Berry was a moody man who burned many bridges in his life and was never nice to those he did not know well.  It should be remembered  that Berry was a victim of prejudices of the time, songwriting credits were stolen from him ( Freed and a Freed associate Russ Fratto were listed as a co-writers on Maybellene) and was harassed by the government.

Playing at the Rock and Roll Hall of Fame

However, in the 1950s he led the way in uniting the white and black races when it came to music. Berry had a unique talent of being able to put his thoughts into song form. While most of his songs dealt with teenage life, Berry also covered a wide range of universal subjects: love, money, fame, glory, loneliness and rejection.