To Motown's stars, the four wooden steps leading down to Hitsville's basement were a bridge to a land of dreams. But to the studio musicians who shaped the Motown sound, the stairs were a gateway to a workplace, a cramped, smoke stained, dimly lit room they affectionately dubbed "The Snakepit."

For almost fourteen years on a daily and nightly basis, the musicians transformed that basement into a hit factory. They rolled masterpieces off the production line in an hour or less, trading friendly insults as they worked. Known as "Funk Brothers", they were utterly unknown.

Berry Gordy demanded assembly-line efficiency. Sessions started at 10 o'clock and were over in the afternoon. Most of the time they were three hour sessions. Since they could call for a session seven days a week the Funk Brothers were always on call. They were paid $10 a song until everything was right.

In some of those three hour sessions there might be two or three producers depending on the number of songs. The Union rule was that you could cut no more than four songs at a session. However because the Funk Brothers were an in-house band the Union was never around. So they cut whatever needed to be done. 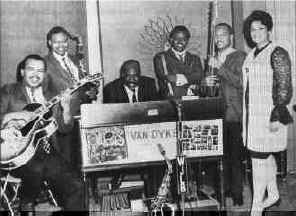 When they weren't working at Studio A they could often times be found jamming at Millie's Chit Chat Lounge on 12th Street.

Here are the names of those musicians, broken down into the three distinct periods of the Motown Sound.

1959-1962
The early Motown hits were blues based, a product of the uncluttered approach devised by the Motown staff songwriters and producers in tandem with local blues and R&B musicians. Most of the arrangements were done on the spot by the musicians, occasionally with a simple horns background added.

The earthly, down home piano playing of  Joe Hunter, Motown's first bandleader, contributed a great deal to the success of hits like "Pride and Joy" and "Come Get These Memories." Although he left in 1964, Hunter's greatest achievement was bringing together the intregal components of a world class studio band. 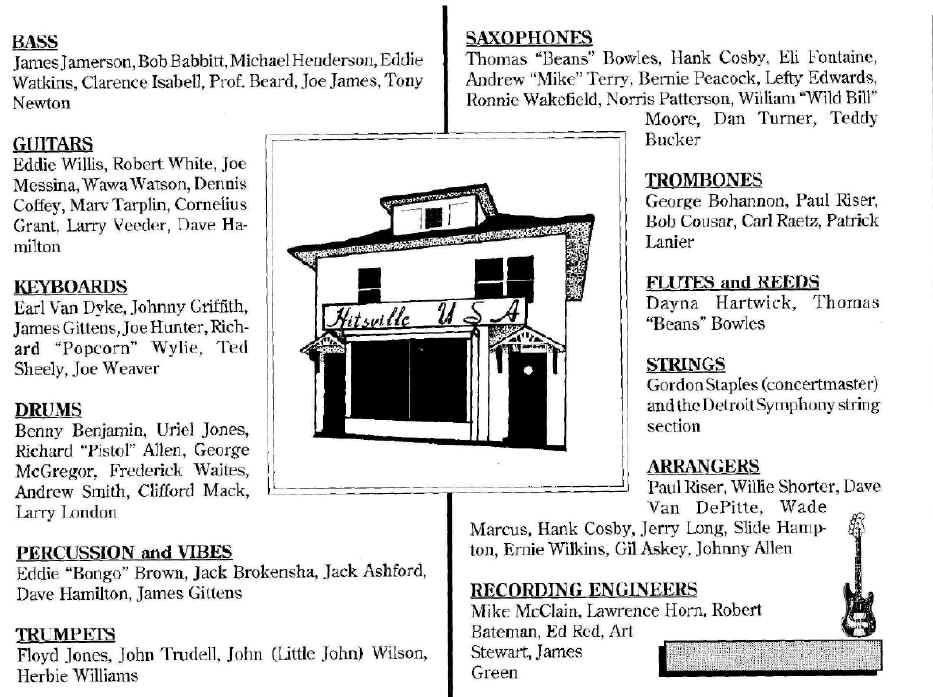