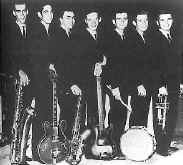 Though they only had one Top Ten single, the Mar-keys were among those most responsible for the development of the Memphis Sound of the 60s, the hall mark of the influential Stax-Volt label.

The history of this group is closely related to the history of Stax/Volt. The Mar-Keys constituted truly the base on which rested the productions of the label, since almost all its artists worked at one time or another with the group or one of its emanations. It is  in Mar-Keys as Booker T and the MGs and Memphis Horns find their origin, that Steve Cropper and Duck Dunn played  before becoming the official sidemen of Stax, and that groups as the Bar-Kays drew their inspiration...

The group was composed of white teenagers, whose musical culture was a fertile mixture of traditional music- rock and roll (white), blues, gospel and R&B (black). It is partly this co-mingling of culture which will make the magic of the productions of Stax or FAME, where the black artists were often accompanied by mainly white musicians. A beautiful lesson for the South segregationist of the time. 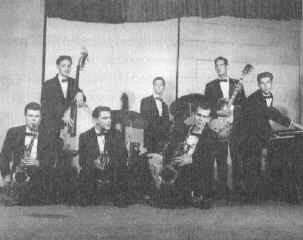 Formed in 58 at Messick High School under the name of Royal Spades, the group started in the 60s to record songs of  Rufus and Carla Thomas, and other artists of Satellite Records, the small company founded in 1959 by Estelle Axton and Jim Stewart (respectively the mother and the uncle of the saxophonist Packy Axton) and started in Memphis, in a movie theatre at 926 McLemore. The Royal Spades change their name to Mar-Keys and their first record  "Last Night" in 1961.  The single, pushed by the  local deejays, entered the charts in July. It finally rose to #2 on the R&B charts and #3 on the Pop charts.

Because there was another Satellite Records in Californian, the company had to change name. The new name was Stax (STewart - AXton). Mar-Keys continued as the house band, while continuing their own career with  " Pop-Eye Stroll ", " Morning After," and "Philly Dog". In the  the 60' S, the group began a slow change. It was generally included  Booker T & The MG' S, Wayne Jackson, Andrew Love and Joe Arnold (or s Floyd Newman), and often Isaac Hayes on the keyboards. 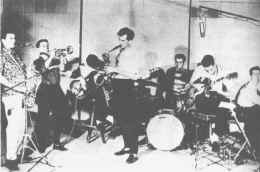 After having accompanied in studio or tour William Bell, Sam & Dave, Wilson Pickett, Eddie Floyd, Otis Redding and all the great names of Southern Soul, the group separates in 1971. The majority of the members went on to have brilliant careers. Steve Cropper and Duck Dunn continue to work with an incalculable number singers, before making a return with the Blues Brothers Band into 1978.

Packy Axton, who left Mar-Keys early on, formed his own group The Packers. The Packers had a hit in 1965 with " Hole In The Wall." Axton died of cancer into 1976. As the 60s came to an end Wayne Jackson and Andrew Love recorded under the name of Memphis Horns.